On Monday morning, we drove to Geneva, which is considered one of the most international and diverse cities in Switzerland, mainly because the United Nations headquarters is there. Most people in Geneva speak English instead of French, so even Swiss people feel like they are in a foreign country when they visit the city.

By divine connections, our team was given the amazing opportunity to tour the United Nations. We were brought into huge conference halls and given brief commentaries about the history and function of each room. What we discovered was that Art played a huge and integral role in the telling of UN’s history and vision. Each conference room had massive, beautiful pieces of art or paintings that decorated the ceiling and walls. Each painting told a story. Our team was very inspired by this discovery.

Art often illustrates historical events that have already taken place, but there are times, as we learned on this tour, when art becomes a catalyst for historical events. This is what the Kingdom Renaissance is all about. We are called to be Reformers, artists who change the course of history through our prophetic declarations, whether it is in the form of music, art or dance.

After lunch, we met with a group of Christians who worked in the UN. There was a piano in the prayer chapel, so Theresa asked me to play the song I had written for the UN, “We Will Stand In Unity.” After I finished singing the song, she had me play it on my phone as well, so that everyone could hear the words one more time. They loved the song. One of the ladies said that the UN was currently selecting songs for their 70th Anniversary, and she wanted to send my song to the coordinating committee. Of course I said, “That’s awesome!” and Theresa kept winking at me.

God is the one who opens doors. There is very little we can do in the large scheme of things, and I don’t want to be someone who must constantly inflate my own balloon of self-promotion. I’m learning to trust in God’s promises and timing. He has already proven so faithful. I’m excited about what this new open door will bring. 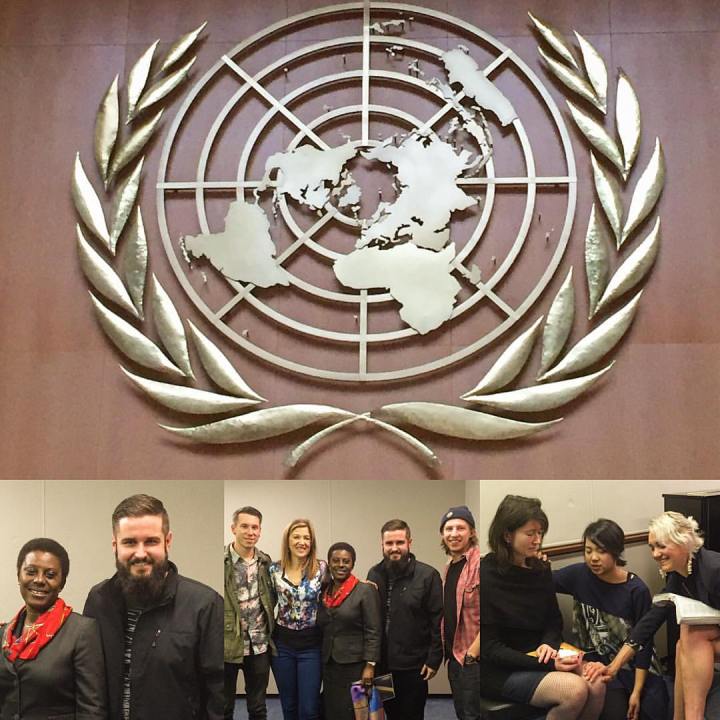 We prayed and prophesied over each of the Christian workers. I could feel that they all needed so much encouragement. It must not be easy working in such a global organization, and one can only imagine the spiritual warfare that takes place here.

The UN affects nearly every person on the planet, whether we realize it or not. The decisions made here affect the course of history and our daily lives. I thank God for brothers and sisters in the faith who have been planted here, to stand between the porch and the altar, affecting the nations with their faithful intercession and carrying the Presence of God into this place of global influence.

After our time in Geneva, we drove back to Corsier to enjoy an authentic Swiss cheese fondue dinner. Our team was so excited. Fondue is a traditional Swiss meal, consisting simply of melted cheese and bread. No meat, no vegetables—just bread. It was heavenly.

We were told to drink hot tea while we ate the fondue, to keep our bellies warm, so as to prevent the cheese from hardening in our bellies and creating a hard lump at the bottom of our stomachs. That sounds disturbing.

But beside the point, dinner was amazing, and I particularly enjoyed getting to bond with our team and our new Swiss friends. We talked about movies and other things. Just casual conversation. It’s moments like these that feel so precious to me. Friendship and community doesn’t always look like soul-digging and heart-wrenching talks. Sometimes it’s simply about enjoying one another’s company that makes a whole world of impact.